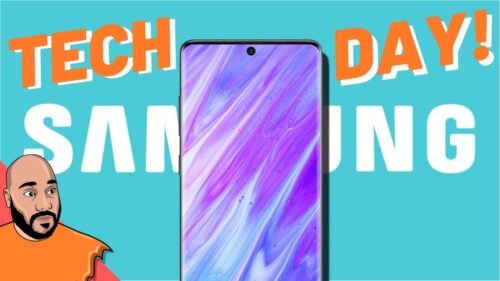 Samsung’s Next Flagship Smartphone… – Samsung Tech Day 2019!
Join the TechSquad for bonuses: http://youtube.com/gearlive/join
Samsung flew me down to its annual Samsung Tech Day 2019 event so I could get an up-close look at the announcements of Samsung Device Solutions’s new mobile smartphone processor and 5G modem to see how they’ll make our devices better in the future.

The annual event is part of Samsung’s ongoing effort to foster innovation across the technology ecosystem, with hundreds of attendees learning about and discussing the future of consumer and business technology.

Just shy of two months after announcing the Exynos 980, Samsung has announced a new chipset, the Exynos 990. The new processor is built on Samsung’s 7nm process, and includes a Mali-G77 GPU that increases graphical performance or power efficiency compared to Samsung’s previous chip by up to 20 percent as well as an octa-core CPU that should be 20 percent faster.

While it seems strange to see two processors announced in such quick succession, the Exynos 990 seems to be targeted at a slightly different market. VentureBeat notes that it lacks the integrated 5G modem found in the 980, meaning it will be better suited to 4G devices. It’s the faster processor of the two, but Samsung would need to pair it with a separate modem — like the 5G Exynos Modem 5123 that it also announced — if it wants to use it in a 5G device, like the upcoming Samsung Galaxy S11.

The Exynos 990 also features support for displays with up to a 120 Hz refresh rate, as well as up to six cameras with a maximum resolution of 108 megapixels, like the ISOCELL Bright HMX sensor Samsung announced back in August.

The Samsung 5G Exynos Modem 5123, meanwhile, is a new 5G modem that’s also built using a 7nm process for future Samsung 5G phone. It supports both kinds of 5G, sub-6GHz and mmWave, the latter of which was missing when Samsung announced its previous Exynos 980 chip with an integrated 5G modem.

There are other announcements coming out of Samsung Tech Day 2019 as well, including storage and memory solutions, and even tech on Samsung autonomous driving!

SUBSCRIBE to my channel for the latest videos: https://www.youtube.com/user/gearlive?sub_confirmation=1

VIDEO GEAR I USE