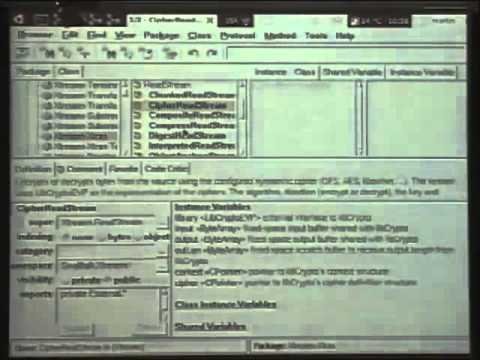 Traditional Smalltalk-80 streams have served us well for decades. They are reasonably simple and reliable (for the most part), however, over time we have accumulated a lot of practical experience using streams in a wide range of circumstances. Michael Lucas-Smith and Martin Kobetic started Xtreams as an attempt to distill some of that experience into a new implementation of streams. Xtreams allow to stream over a wide range of sources and destinations, and perform “just-in-time” transformations by stacking streams on top of other streams, for example it is possible to stream directly over content of an encrypted, compressed, base-64 encoded message as it’s being received from a socket. This talk will discuss current state of Xtreams, demonstrating some of the design choices and capabilities. Xtreams is MIT license. http://code.google.com/p/xtreams/ It is also on all the packages in the public cincom repository.

How Can I take advantage of Key phrase Analysis to Improve website positioning?